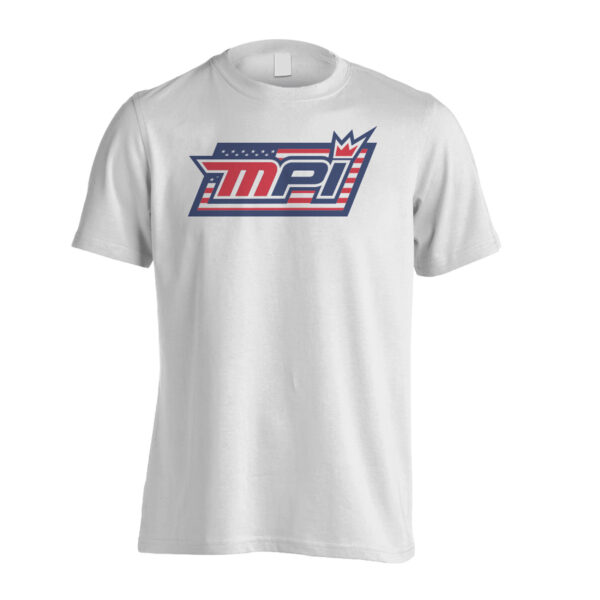 On this Veteran’s Day we are proud to announce our support of “The Independence Fund,” “The Mighty Oaks Programs” and their coalition, “Save Our Allies.”  Inspired by all that our military heroes and allies have sacrificed for our freedom and the recent tragic events in Afghanistan, we will be donating ALL proceeds of the “MPI USA” t-shirt (yes! even our cost) to their selfless efforts. Please take the time to learn more about each organization and learn the many other ways you can help these heroes.

Founded in 2007, The Independence Fund is committed to empowering our nation’s catastrophically wounded, injured, or ill Veterans to overcome physical, mental, and emotional wounds incurred in the line of duty. Learn more by clicking here.

The Mighty Oaks Foundation is committed to serving the brokenhearted by providing intensive peer-based discipleship through a series of programs, outpost meetings, and speaking events. Our Mighty Oaks Warrior Programs hosts such Men, Women, and Marriage Advance Programs at multiple locations nationwide. The Warriors who attend are fully sponsored for training, meals, and lodging needs to ensure that upon arrival to the ranch, each Warrior is focused solely on his or her recovery and identifying purpose moving forward. Learn more by clicking here .

Save Our Allies started with two men: Chad Robichaux and his interpreter Aziz.  The two deployed eight times together and Aziz saved Chad’s life twice.  When Afghanistan started to fall, Aziz’s life was threatened and some of his fellow interpreters were killed.  Chad had to get him out.  So he called his friends and asked for help. Dan Stinson, who served with Chad, was the first call.  He brought in Joe Robert.  The two of them were able to get permission to bring people into a host country in the Middle East. Within 36 hours, Nick and Tim were on their way to meet up with Dan and Joe in Afghanistan and Sarah was running things in America. What started with the idea of saving one person, grew into something far bigger.  Our hosts gave us planes to use.  The United States Government gave us a hangar, a ramp, and an official designation.  At the end of ten days, our team, now numbering 12 people, had evacuated 12,000 souls. But the mission was far from over. We came home, and we regrouped, and we continued the mission.  And we will not stop until all of our brothers and sisters – be they citizens or allies – are safe. Lear more by clicking here.